Tekst David DidauGepubliceerd op 13-03-2017
One of the highlights of my day at researchED Amsterdam was hearing Paul Kirschner speak about edu-myths. He began his presentation by forbidding the use of laptops or mobile phones, explaining  that taking notes electronically leads to poorer recall than handwritten notes. The benefits of handwritten over typed notes include better immediate recall as well as improved retention after 2 weeks. In addition, students who take handwritten notes are more like to remember facts but also to have better future understanding of the topic. Fascinatingly, it doesn’t even matter whether you ever look at these notes – the simple act of making them appears to be beneficial.

Why might this be? One problem is that most people can type faster than they can write. Although this makes typing easier it results in notes which are much more likely to be accurate verbatim reports of what a speaker has said. Because hand writing is slower, we are forced to interpret and paraphrase what a speaker says instead of simply producing a transcript. This act of synthesis leads to better semantic processing which means that schematic changes to long-term memory are likely to be taking place as notes are taken. Typing, because it demands less of us, results in less change to long-term memory.

This lead to a discussion of multi-tasking. Many people think they can multi-task effectively, but they’re wrong. Multi-tasking – defined as engaging in two or more conscious thought or information processes at the same time with no loss of speed or accuracy – is something modern computers manage with ease, but the human brain is simply unable to do. We even struggle to combine cognitive processes with motor processes. (Herman et al 2011)Daniel Kahneman says, “Anything that occupies your working memory reduces your ability to think.” That’s not to say thinking is impossible, just harder. Of course, almost everyone can walk and think at the same time, but the effort of maintaining a walking speed above about four miles an hour makes engaging in complex cognitive tasks very difficult. Typically, if someone asks us to think about a complex problem when we are walking we stand still in order to give the matter our full attention. Think about what you do when called upon to make a complex manoeuvre when driving: if we reverse park we often turn down the radio so that we can better concentrate. What we can do, is something called ‘task switching’. Instead of true multi-tasking, what we actually do is pause one task in order to undertake another and then switch back. This switch requires attention and forces us to shift our mental processes from accessing one mental schema to another. Every time we make this kind of switch we pay a price as our brain engages in a ‘reinstatement search’. This price is a loss of time and an increase in errors. The act of switching between tasks makes us less efficient.

To demonstrate this, Paul ran a mini experiment. We were asked to write down the 23 character sentence ‘Humans can’t multitask’ and then to number each character including the spaces, like so:

This was timed – from memory, I think the fastest person to complete the task did it in about 25 seconds with an average time of about 35 seconds.

Paul then asked us to write a second 23 character phrase: ‘Taskswitching is doable’, but this time we had to alternate between writing letters and numbers so after writing T we then had to write 1 underneath it before writing A. And so on:

This time, the fastest time was 39 seconds with an average time of about 55 seconds. In other words, switching between the schema for letters and the schema for numbers resulting in a loss of over 15 seconds. And that’s without checking the accuracy of the two tasks; Paul speculated that there would likely be many more mistakes in the second task. A third cost is that most people experience more stress during the second task due to the increased difficulty of having to task switch,

He talked us through a similar test in which participants are timed reading the following colours:

As you were no doubt expecting, no one struggles to list off the either the names of colours or to identify the colours themselves. But when faced with having to switch between visual  and semantic processing we pay a high price in both speed and accuracy.

This experiment was first carried out in 1935 by J Ridley Stroop and the cost of task switching has become known as the Stroop Effect.

Paul talked about the costs of task switching in relation to reading vs. studying to mastery, the effects of social media use on academic achievement and the consequences of talking on the phone whilst driving. There’s a nice overview of the research from the APA here.

Of course, this doesn’t mean switching between tasks prevents us from learning, just that it’s less efficient. It would appear that as long as you’re prepared to make up the time lost through task-switching, learning doesn’t suffer. So, if you were to spend 1 hour studying uninterrupted for a test and then spent 10 mins checking Facebook and Twitter  you would be no better off than a student who had also studied for an hour but taken regular breaks to check their social media as long as they made up the time lost by doing so. The trouble is, students are unlikely to do this.

And there’s further bad news. This study by Ophir, Nass & Wagner suggests that people who think of themselves as ‘heavy media multitaskers’ – i.e. dual screening – tend to be worse at everything, even media multitasking!

…heavy media multitaskers are more susceptible to interference from irrelevant environmental stimuli and from irrelevant representations in memory. This led to the surprising result that heavy media multitaskers performed worse on a test of task-switching ability, likely due to reduced ability to filter out interference from the irrelevant task set. These results demonstrate that media multitasking, a rapidly growing societal trend, is associated with a distinct approach to fundamental information processing. [emphasis added]

Nass says, “We really don’t know what’s happening other than that they seem to like to be flooded with information. It’s almost as if they prefer to scan the environment … rather than ponder what they have. We don’t know whether there are advantages to that, but so far we haven’t found any!”

When these ‘heavy media multitaskers’ were given a series of tasks specifically designed to test their ability to manage multiple streams of information amazingly, they were worse at all of them. As Nass says, “Mutitaskers are lousy at multitasking.”

So, humans can’t multitask (not even women) and although task switching is doable, it’s a thief. The implications for teachers is clear: allowing students to use one-to-one devices in lessons comes with a cost. If they’re expected to use electronic devices for note taking then this will be less beneficial than old-fashioned handwriting and if they’re expected to switch between classroom and online inputs they’ll not only be less able to concentrate on tasks, their ability to task-switch between stimuli will also suffer! In short, task-switching is likely to lead to lower test scores, increased time to study to mastery, decreased concentration and a higher likelihood of dying in a traffic accident. You have been warned. 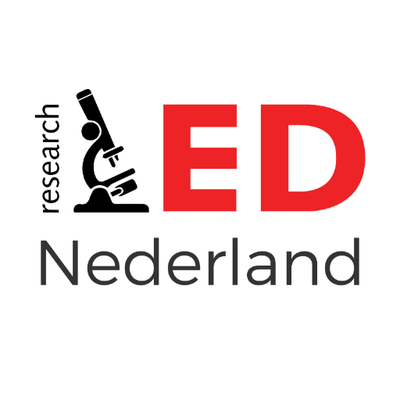